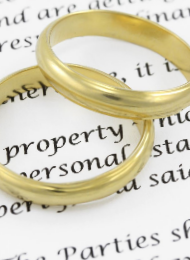 A divorce is referred to in some states as the dissolution of marriage and is a decree by a court that a valid marriage no longer exists. A divorce leaves both parties free to remarry. It usually provides for the division of property and makes arrangements for maintenance (the present form of alimony) as well as child custody and support.

Lawyers sometimes work with both parties to reach an agreement by negotiation or mediation by trying to help husband and wife identify and accommodate common interests. The lawyers and the two parties then present their negotiated or mediated agreement to a judge to grant the divorce under the terms of the agreement. In this situation, the divorce is made by mutual agreement and is typically referred to as an uncontested divorce.

If parties are unable to agree on the property, support, and child custody, they may ask the court to decide one or more of those issues. If the parties are unable to agree to the terms of a divorce, it is typically referred to as a contested divorce. Sometimes, divorces start as contested matters and agreements are reached later on in the legal process. Most parties reach agreements either at the beginning or at some time prior to having a trial before a judge.

What are the grounds for divorce in New York? 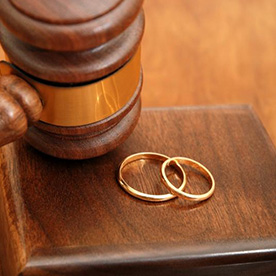 There are several ways to claim a divorce in New York. These are called the grounds for divorce. Due to recently enacted amendments, there are now seven grounds that are available for you to obtain a divorce in New York. The divorce settlement agreement or judgment will include orders respecting marital property and debts, as well as custody, visitation, spousal support (sometimes referred to as maintenance), and child support.

What are the residency requirements for a divorce in NY?

What is Equitable Distribution?

Equitable distribution is a method for distributing property acquired by owned by either spouse upon the dissolution of the marriage, which replaces “common law” principles of property ownership. Prior to the adoption of “equitable distribution” in New York, New York was a “common law property” state. This meant that upon the dissolution of the marriage, the property owned by either spouse was distributed according to the manner in which title was held. New York is now an “Equitable Distribution State.” This means that upon dissolution of a marriage, the Court must distribute “equitably” all “marital property” regardless of the manner in which title is held, considering the following factors: Income of each party at time of marriage; 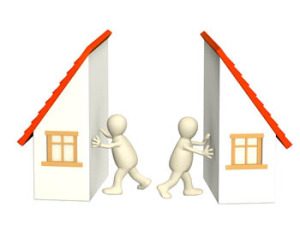 What property is subject to equitable distribution?

To ensure compliance with requirements imposed by the IRS, we inform you that any U.S. federal tax advice contained in this communication (including any attachments) is not intended or written to be used, and cannot be used, for the purpose of (i) avoiding penalties under the Internal Revenue Code or (ii) promoting, marketing or recommending to another party any transaction or matter addressed herein.

Directions to Our Office

We are located at the SW corner of Old Country Rd & the Wantagh State Pkwy in Westbury. Parking & entrance are on Carmen Road which is on the side of the building. We are on the main floor.

When walking in from the front entrance, make a left and go down the long hallway. Suite 108 will be the last office on your right.

FYI: Some GPS systems take you into Mineola. Please follow our directions instead.